Britain has lost its nerve, or is blinded by economic greed?

Had no problem in Iraq, Afghanistan and Libya.

How many need to get murdered before the world will really stand up and help.

Assads father killed 30,000 in one town alone and the world again did nothing.

Please pass the link on and save the Syrians from their own government killing them.

Toll is now well over 16o0 killed by their own government

Where are all the anti Israel protesters?

They are organized and well funded.

Shouldn’t they care about the 1600 dead Syrians too?

Please pass this link on

If this is true, I am most dissapointed.
Death is the only answer to a terrorist, (treated like a hero by the Lebanese when released by Israel, in another prisoner swap for captured Israeli soldiers) after the brutal murders of 4 Israelis, one being a 4 year old little girl, who he murdered by smashing her head with his rifle butt and a rock, and caused the death of a baby when the Mother who was hiding her and trying to keep her quiet accidentally suffocated her baby.
When will the government of Israel finally legislate for the death penalty for cold blooded pre meditated murderers of innocent children?
May real justice finally be served.

My speech regarding Iran delivered to Rt. Hon Tony Blair 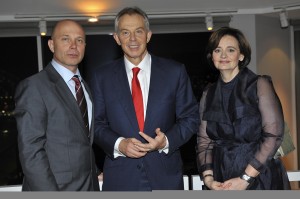 Delivered during dinner at Anthony Pratt’s beautiful apartment opposite the Sydney Opera House on Sydney Harbour.

I am the director of Strategic Development for Israel’s Parliamentary Forum on International Relations,

In this capacity
I flew in specially from Israel to attend this very special function and opportunity to speak to Mr. Blair who is very involved in finding solutions for the middle east conflict

I left everything in Australia including family, friends, and business to work full time on a voluntary basis on stopping what could end up being the 2nd and final holocaust.

Please let me explain,
Firstly, I am the son of a holocaust survivor who lost
virtually all his family and 6 million other Jews in the holocaust.

Now, the major problem, as i see it, is Iran’s desire to produce nuclear weapons
They have made no secret of their desire to eliminate another 6 million in Israel
It would also start a nuclear arms race with so many countries which also would like to eliminate Israel
And then also the increased likelihood of terrorists obtaining nuclear material  is very likely and using it to eliminate Israel.

So the threat to Israel’s survival is very real and very close.

I am pushing like you are, Mr, Blair, for a solution to the Palestinian conflict, so we can focus on this very real threat to Israel’s survival

This is not just Israels problem, this is a threat to all of us.
Nuclear proliferation and nuclear radiation, from the middle east would affect great parts of the world
The world hasn’t been able to stop the Iranian push for nuclear weapons,
and I don’t want Israel to be left with the last resort of having to attack all of  Iran’s nuclear labs, as the consequence of this would be Iran and Hezbollah’s massive retaliation raining tens of thousands of rockets over every town in Israel.
and Israels counter retaliation which I obviously cant detail here, but you can imagine.
Where the whole world would be involved in a massive conflict.

I intend at my own expense to continue to travel across the world to raise this issue, to stop this before Israel is forced to take action that would be catastrophic.
What can you advise, to assist me to stop this 2nd and final holocaust?
Thank you all

Israel Chamber Orchestra are a disgrace, and the Israeli government supports them financially. The orchestra against the feelings of Holocaust survivors played at a concert honouring Richard Wagner a well known anti semite, and loved by Hitler for his ideas of ridding the World of Jews.

If this is supposedly Israel’s best friend and ally, who needs enemies?
$5 million a month from U.S provided budget goes to salaries of terrorists and murderers.

Starts at $400 a month, and increases all the way up to terrorists serving 20 to 30 years receive a $3,400 month wage. Bearing in mind many of those serving the longer sentences are for the murder of many innocent people including women and children

Wonder if the murderers of the Fogel family will get bonus payments for their massacre of 5 members of the family including 3 children in their beds. The U.S continues to fund these murderers!
If this continues the U.S should consider putting itself on the list of countries supporting terrorism

Yousef Nadarkhani, 32, was sentenced to death by hanging after his arrest nearly two years ago for objecting to Islamic education for Christian children.
Why haven’t we heard about this?
The international media and all the ratbag protesters aren’t interested in anything unless they can blame or protest against Israel.
How many people in the world are being killed and go unnoticed because of the worlds fixation against Israel.

Please read the link below and forward this on to everybody and lets try to save his life
Pass it on to all the anti Israel protesters, I doubt it would interest them, (but I do believe in miracles)
http://en.wikipedia.org/wiki/Youcef_Nadarkhani

I am so ashamed of OUR Israeli orchestra in performing Richard Wagner’s works. A famous anti Semite admired by Adolf Hitler, and played at many of his functions.I am disgusted by those Jews who so quickly forget the 6  million Jews murdered.

Obama continues to support the United Nations Relief and Works Agency for the Palestinians (UNRWA), to the tune of $268 million dollars per year.

The money that Hamas saves from having to support its own people in Gaza, is used to pay for more and more weapons and rockets that are used against Israel.

How about making it conditional on at least the following;

The return of Gilad Shalit, and no more firing rockets into Israel.

Syria another 11 killed by Government forces

All these hypocrites are so focused against the Jewish state, that they turn a blind eye to all other suffering and death in the world.
I beg all of you above turn your attention to your fellow human beings for a moment, and help them in their struggle not to be mowed down by bullets, and tortured by Syrian government forces.
I guarantee you, Israel will not run away, and you can continue your obsession with us later.

via Hundreds of thousands protest in Syria, 11… JPost – Middle East.